As I recall, July last year was a busy month! One of the big decisions at that time was to remove a wall surrounding the stairs in the hallway and build a hand rail. Lately I have been really appreciating our decision, as the hallway is a very comfortable and functional space.

We spent a long time figuring-out the railing in our hallway landing. After studying stair parts catalogs from local lumbar yards, we found that most parts were available off-the-shelf with exception of the newel posts. Newels are the large columns at the junctions and terminations of a railing, and is often one of the focal points. Box newels were quite common in the era or our home, and luckily we like the look of this design. However, as we need two and one-half newel posts for our hand rail, the cost of these components alone would have broken our budget. So, I decided to design and build our own newel posts.

Most of the surface pieces were originally drawer fronts from a local Building 9 supply store. My dad and I spend a weekend afternoon with his radial arm saw, cutting 45 degree angles on a tall stack of parts. 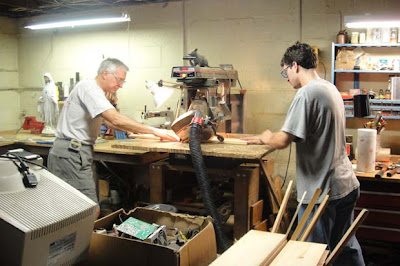 In order to make a reliable and sturdy hand rail, the surface parts were secured to a solid poplar core. A local lumber yard planed the cores to my specifications and made a few door jamb parts. The surface parts are secured by liquid nails and finishing nails, as well as wood glue near the seams. The raw core was visible on the lower half of the post during the assembly stages, and actually was exposed until the final finishing stage when skirt pieces were attached. 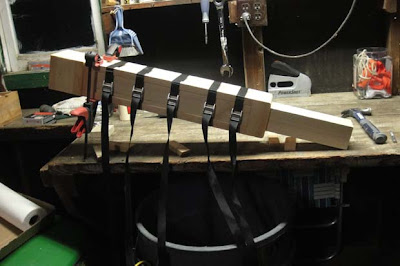 Caps for the newels were created by mounting miniature crown molding on top a 1 inch thick oak plank. By wrapping the molding around a center post, a flat surface was established at the top where I can set toys or a water bottle. The square plank was cut large enough to provide a lip around the molding where I can set a pen or my glasses. Even though it looks like a small part, I was nervous during assembly, due to the high visibility and regular handling. 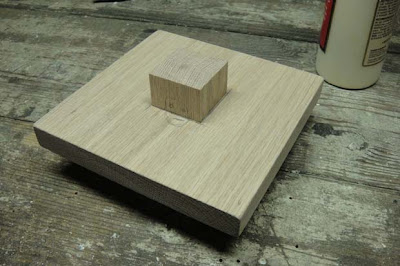 During a big push towards the end of the year, we stained and varnished all the handrail parts as well as door jambs and casing for the second story broom closet. My youngest brother Ed, my mom and even my father-in-law each helped with the process; however, I wanted to be responsible for the the posts, caps and skirts. I was rather anxious during the finishing stages, since the design and assembly required so much time and energy. (I figured that if the newels were ruined at this point, then I had better be the the one to blame.) Happily, all the parts looked great after a few layers of stain and varnish! 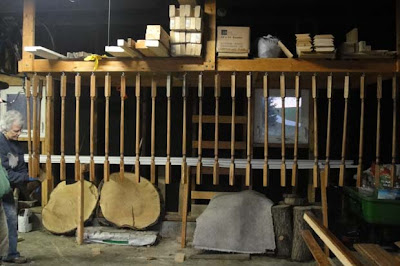 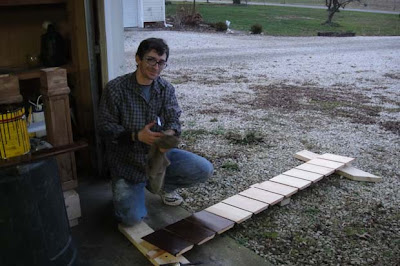 Amanda has a great article describing the assembly process, but here is a final photo of the finished product, as intalled in our hallway upstairs. What a big project, and what a big difference in the quality of our home! 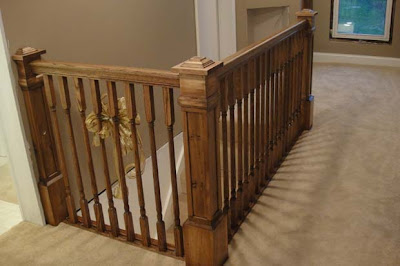